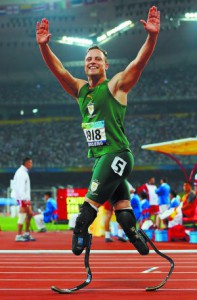 (FILES) Photo taken on September 13, 2008 of Oscar Pistorius of South Africa celebrates after winning the final of the men’s 200 metre T44 classification event at the 2008 Beijing Paralympic Games in Beijing. A dream came true for double-amputee Oscar Pistorius on August 8, 2011 when he was named in the South African team for the world championships this month. The ‘Blade Runner’ was selected for the 400 metres and is part of the 4×400 metres relay squad for the biennial competition to be staged between August 27 and September 4 in South Korean city Daegu.
AFP PHOTO/Mark RALSTON
TELETIPOS_CORREO:SPO,SPO,%%%,%%% 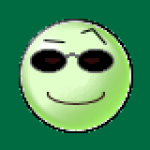